Most Beautiful Women in Tampa 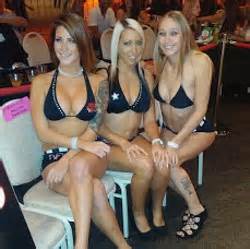 The Rivalry continues in Tampa March 13 on Boxeo Telemundo and the beautiful ladies of Scores Tampa will be your sexy ring card girls!

Once again the popular series of “Boxeo TELEMUNDO Ford” returns to “The Boxing City” Tampa, Florida with an exciting show, on Friday, March 13th at the A La Carte Pavillion.

The full undercard will be announced shortly. Doors open at 7:00 PM with the first bell at 8:00 PM. Six more fights round up the card. Telemundo Network will televise the main event at 11:35 PM EST live in the US. Claro Sports will televised to all of Latin America.

We encountered the following error while processing your reservation:

If you continue to have issues completing your reservation, please contact us at (800) 413-1683 or click on the "LIVE CHAT" button below to speak with one of our support specialists.